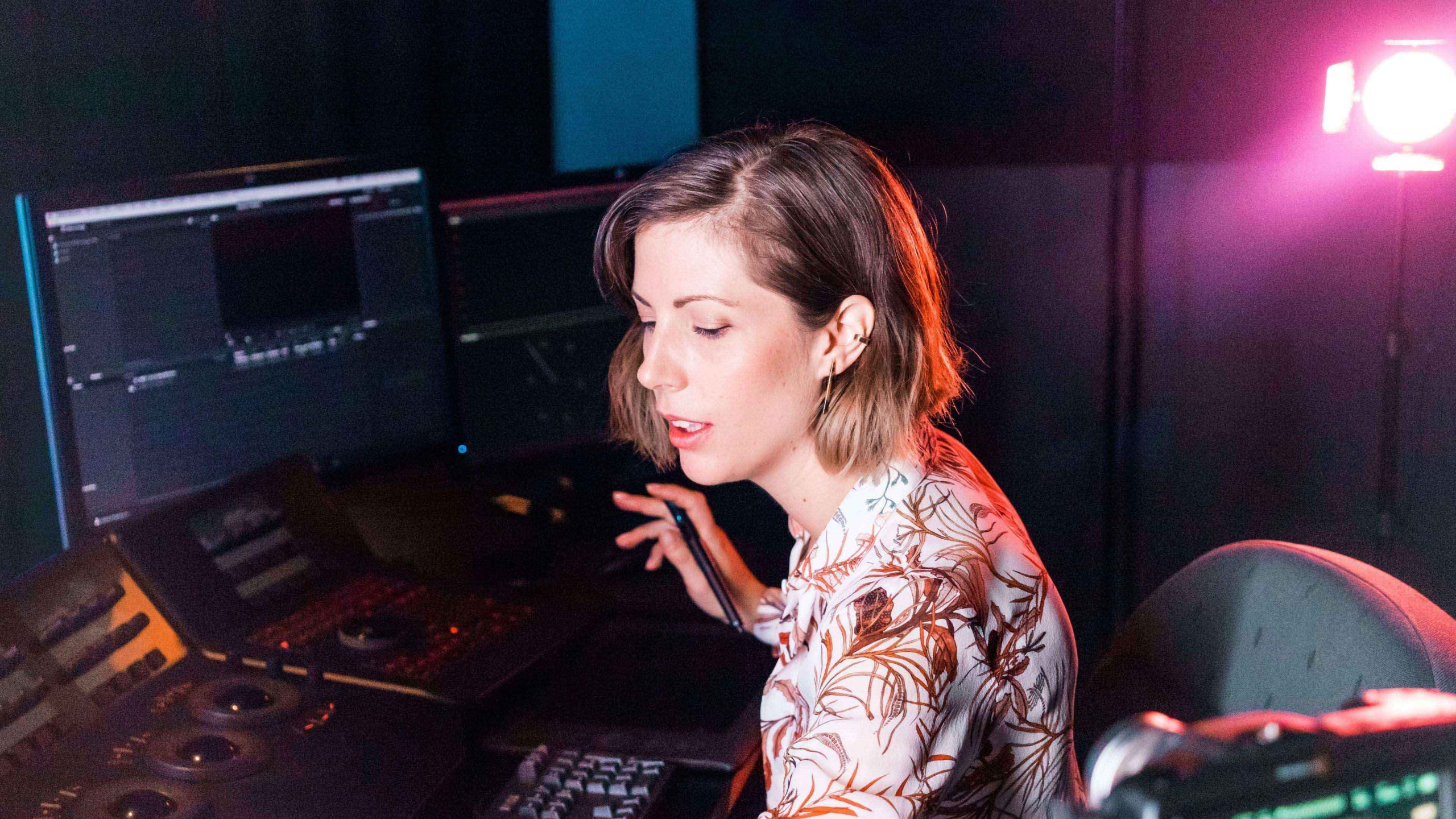 CJ Dobson is a Melbourne-based Colourist who has been working in the film industry for the last 10 years.

When we think of a career as a ‘Colourist’ we may first think of the hairdressing industry however a Colourist in film is something completely different! Colour grading is an integral part of the post-production workflow in filmmaking, alongside film editing, sound design and visual effects.

CJ’s job involves everything from ensuring the exposure is correct and clips look unified, to building a colour scheme that creates a specific mood and enhances the story being told. Colourists must have good knowledge and understanding of exactly how colour effects us psychologically, in order to reinforce the narrative of each production.

Dividing her time between some of the best post-production houses in Melbourne, CJ works on everything from documentaries, TV commercials, feature films and TV series.

When it comes to her favourite projects to colour grade, CJ has a particular love for grading for HORROR, the darker and grittier the better. She experiments with how to best use colour to create a sense of discomfort and fear, in an effort to leave her audience horrified!

It’s up to us to communicate the narrative of the film, and support the story through colour

In this mobile age, most tech-savvy users are familiar with photo filters and Instagram “looks” and how to best use these in order to impact the final image. While making this comparison to the role of a Colourist is an oversimplification of the craft, it is a good starting point to help us understand in a basic sense what a Colourist does.

A few years ago, we (the creators of Robusty) were also new to film discourse and genuinely had no idea that films, TV shows and even TV commercials had someone crafting the colours and mood to make us feel a certain way!

The more you understand how influential colour is to the way we process information, the more you realise how the Colourist is just crucial as the Sound Designer and Editor. Anyone who has watched ‘The Handmaid’s Tale’, can now appreciate how such cool-blue tones and blood-red palettes effectively communicate the oppressive, futuristic dystopia that Gilead is! Without such detailing, the show would fall short in achieving the desired mood and atmosphere.

It’s an exciting time to think that the tools once reserved for Hollywood are now far more accessible. Although, like honing all major skill sets, time is required to master the craft, anyone can now dip their toe into the colour-grading pool and give it a go!

You could say that CJ’s work is bold, refined, subtle, raw but it really depends on the project; what does the project need? What is the message trying to be conveyed? How can colour support this? Drawing on her technical knowledge and understanding of the way in which colour impacts psychology, CJ balances her work style along the spectrum of utilising her technical prowess and employing intuition. Based on what we’ve seen in her work, she certainly seems to have it down pat!